According to ManpowerGroup’s (NYSE: MAN) 2018 Talent Shortage Survey. Almost half of US employers surveyed, 46%, said they can’t find the skills they need.  At Highline College workforce development not only includes technical skills but creative trades and passion as well. 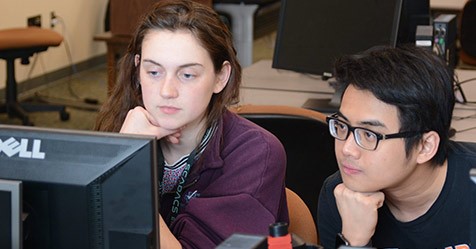 According to Cybersecurity Ventures, there will be an estimated 3.5 million cybersecurity positions unfilled by 2021. Just how do you prepare the workforce?  Competitive training better prepares students for the workforce, says Dr. Amelia Phillips, faculty member at Highline. “With data breaches, identity theft and other cyberattacks becoming a daily occurrence, we need to train more and more people to be successful in this field,” she says.

International Collegiate Cyber Defense Invitational (ICCDI). was hosted at Highline College for the third year this past August. The primary objective of the competition is to provide students with real-world challenges. The second objective is to give potential employers — the sponsors — a chance to observe students under pressure. The event will include a job fair where students will be able to interview with sponsors for potential jobs and internships. National sponsors include National Security Agency (NSA), Palo Alto Networks and Raytheon. Regional and local sponsors include Air Force Civilian Service, Amazon Web Services (AWS), Boeing, Casaba, Pacific Northwest National Laboratory, SpecterOps and UW Bothell.

After being laid off, Tony Phuong came to Highline to pursue his passion.

Three years ago, Tony Phuong was laid off from his job. But instead of giving up, Phuong thought it would be the perfect time to pursue his passion for art and design. With the help of Highline College’s partnership with WorkSource, which supports those who are unemployed, the Federal Way resident began working toward his degree in visual communications.

“I love to express my creativity through my design concepts, either working alone or as a group with other designers so that we can learn from each other,” he said. “I want my design to be a signifier and represent something that captures emotion and attention.”

While pursuing his degree, Phuong also interned in Highline’s Print Services department. He worked with Print Services Manager Dave Weber, who Phuong referred to as a “great mentor.” During his internship, Phuong won first place in a student poster competition sponsored by the Pacific Printing Industries Association. PPI is a regional trade association that supports and promotes the printing industry.

“Highline College impacted my future significantly and gave me a sense of pride and confidence,” Phuong said. Phuong graduated Highline in fall 2017 but not before meeting many “admirable and talented students and staff” as well as making great friendships.

Now, Phuong works at Print NW in Lakewood, Washington. He says this well-established company is a good place for him to build a foundation for his career. Although he is currently working as a digital print operator, his goal is to become a graphic designer.