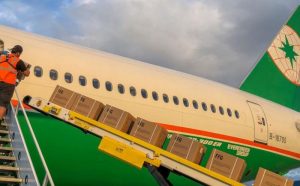 February 2020 statistics for SEA showed that demand for air cargo in and out of the area was increasing at a time while passenger traffic has dramatically slowed. According to the Bureau of Transportation Statistics (BTS), airport passenger levels in March 2020 dropped to the lowest level of air travel in almost two decades.

Commercial passenger flights typically take on cargo only in the belly hold of the airplane. During the passenger slowdown caused by the pandemic, airlines have stayed agile and have pivoted to accommodate the growing demand for shipping time-sensitive products and carry cargo in available cabin space in lieu of passengers. This isn’t a common occurrence — the last times these types of flights occurred were in the 1980’s with mail charters and after September 11, 2001.

For several weeks, EVA Air has been running flights with a passenger aircraft and carrying cargo in the belly of the plane. The first of these flights to arrive at SEA Airport with cargo on the passenger seats was an EVA Air flight that arrived at SEA Airport on the evening of May 13.

The flight into Seattle-Tacoma International Airport carried personal protective equipment (PPE) for use in slowing the spread of COVID-19 in the United States. The outbound flight from Seattle to Taiwan Taoyuan International Airport (TPE) left with a load of seafood (80%) and other cargo (20%). 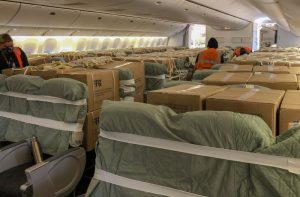 It’s a bright spot in the region’s economic recovery that this plane left carrying fresh seafood to meet the growing demand in Asia for one of Washington state’s primary exports.

In March, we reported that the suspension of passenger flights has been an economic hurdle for local producers like Taylor Shellfish in Shelton, who rely on belly cargo on passenger jets to get their perishable cargo to market quickly. When these flights decreased, they were also not able to find space on cargo jets.

Planes need pilots to fly supplies and people to load and unload planes. These essential jobs must be performed in person, so this development will help keep workers in the region employed. The airport and our aviation partners have instituted measures to keep employees safe, like increased availability of hand sanitizers, more hand washing and sanitizing stations, and maintaining appropriate social distance so air cargo services for the region can continue. 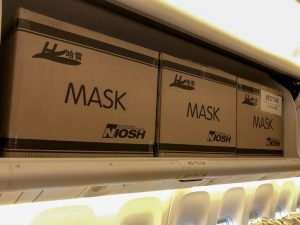 This article originally appeared on Port of Seattle.